​​​​​​​The Club was founded in 1892, making it one of the oldest clubs in New Zealand. Play took place in several localities around the Clevedon township.The Clevedon Show Committee consented to leasing land to the Tennis Club and Croquet Club. In 1913 they agreed to put down three grass courts at a princely sum of $20.  (These courts were replaced in 1926 by five tar-sealed courts.)

At a meeting on 11 February 1913 rules were set down that the Club should be called “Wairoa South Lawn Tennis Club”, colours should be maroon and gold and subs:  Ladies 4/- (shillings) and Gentlemen 8/- (shillings).  The AGM would be held in September/October each year.

Later that year, in October, the need for a pavilion was requested and it was built in 1914 to be shared with the Croquet Club. Members numbers grew and players continued to play throughout the decades with Ladies', Men’s and Mixed Interclub Teams participating Midweek and Presidents leagues against other Auckland Clubs.

Over the years a Club House was built and subsequently improved before the Club’s Centennial Celebrations which took place in 1992.  Recollections were made by David Hill, the Club President of the many activities and fundraising which lead to the astro resurfacing,  floodlights and improvements to the Club House.  Tributes were made to the many foundation members and current members who played large parts in preparing for the Celebrations.  Life membership was also recognised for some founding members and others with long service to the Club.  The afternoon culminated with the oldest past member at the time, Doris Hyde, cutting a wonderful artistic cake iced by new local member Mary Whitehouse.  Hilda Cunningham is acknowledged as the Patron of Clevedon Tennis Club.  At these Centennial celebrations, Junior Members demonstrated their abilities to visitors also utilising the new ball machine.

The Clevedon Hall was the venue of the evening Dinner decorated with the centennial theme with a stage setting of life-size figures dressed in tennis garb of yesterday, depicting play on court with mock racquets, banners, bows and tennis nets adorning the walls – an incredible creation by one Lorraine Halliwell, one of the Club members.  Beautiful floral arrangements adored the scene.  Various speeches were made and commendations on the healthy membership and facilities of the Club.  Thanks were also made to the many members at the time who played huge parts in months of organisation of these amazing Centennial Celebrations.

The following day was celebrated at the Club with the Centenary Tournament with players participating in four lots of doubles games playing for cash voucher prizes and a top prize trip to Australia, very generously donated by Phil Oliver of the Pub Charity Fund.  Visitors and players alike were treated to the History and past and present photographs displayed in the Club House.

The Club has seen many changes and improvements and has enjoyed a very sociable and competition atmosphere over the past seasons.  One of the great successes of the Club has been the running of an Annual Doubles Tournament with entries from all over the country – male doubles and female doubles.  This has doubled as a very successful fundraiser for the Club with many prize contributions from local businesses and community and Club members.

Current membership stands at approximately  120  Seniors and  90  Juniors.  Teams complete in all levels of Senior and Junior Interclub competition in Auckland.  Junior member numbers continued to grow and with coaching from, previously Kevin Burgess and other notable coaches.  Matt Jones is the current Head Coach.  Junior Interclub Teams, as well as Senior Interclub Teams, have done extremely well over the past few decades. 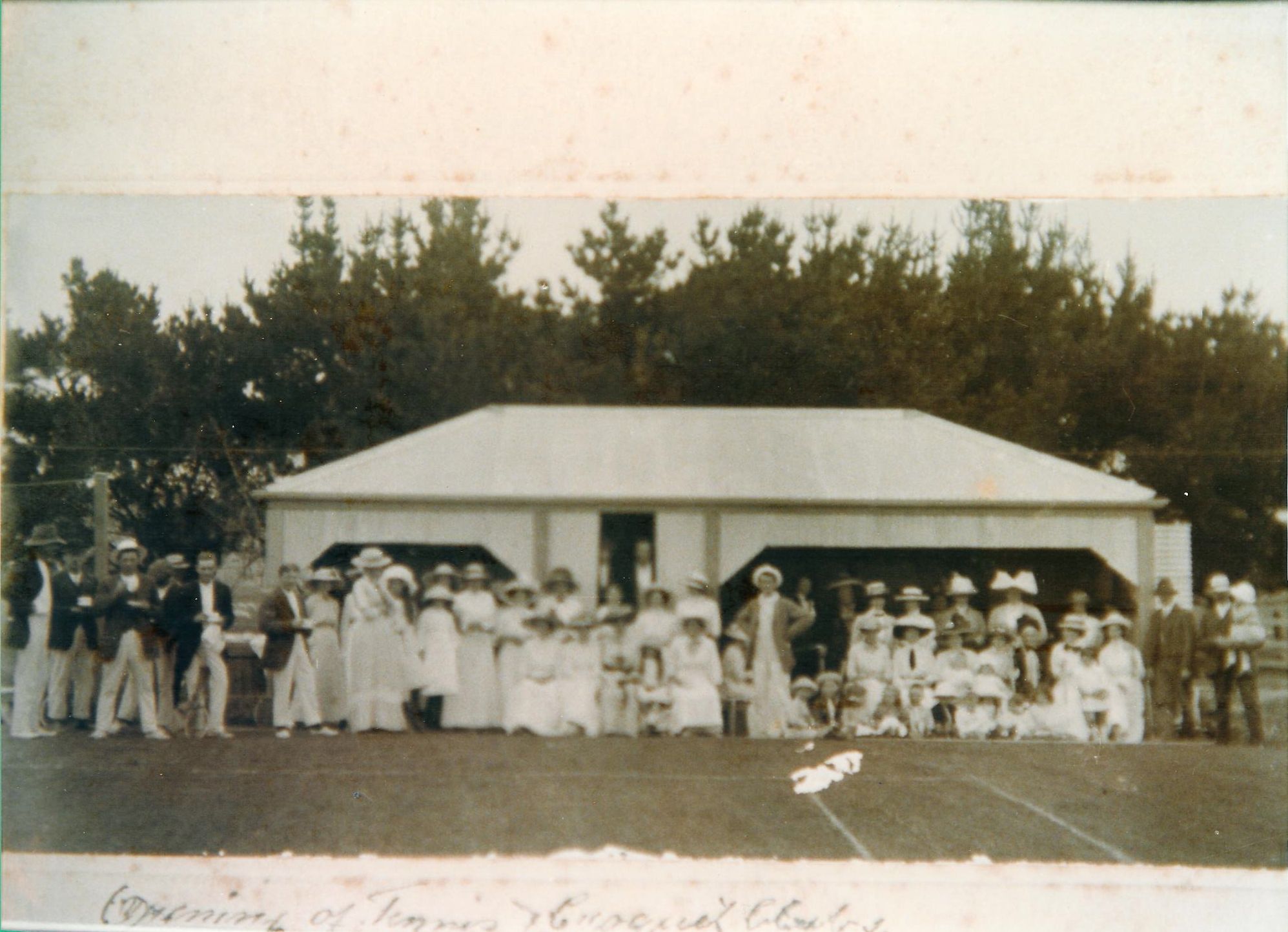