This amazing celebration won us the  "TENNIS AUCKLAND'S "EVENTS AWARD"​​​​​​​

As one of the oldest country Tennis Clubs in NZ, this was quite the extravaganza event for Present, Past Club Members and the Community to celebrate.  It also called for an enormous amount of effort to put together the list of invitees, especially the Past Presidents, Past Committee Members and the families of Past Founding Members (all of whom were Members of the Club in their day).  The Committee and many other Tennis Club Members played a very large part for many months putting together the Programme for the success of the 125th Celebrations of the Tennis Club.

For this special occasion, arrangements were made for certain dignitaries to be invited to play a part and we were very lucky to have present on the day:

The day started with a Senior Tennis Tournament at 10.30 am and was well attended and enjoyed by Club Members, Past Members and members of the Community.

A most tasty Lunch was served from a marquee - Lamb on the Spit with rolls/ salads/ parsley mayo/ mint jelly and sausages with bread, sauce and onions and spectators and Players were entertained by an up and coming local female singer.

The 125th Plaque was unveiled by the Mayor of Auckland, Phil Goff and our local Tennis Club Patron, Hilda Cunningham. This was followed by the cutting of the fabulous 125th Celebrations Cake (made by a previous Tennis Club President, Mary Whitehouse!).  Several activities were organized for Juniors, whilst speeches were delivered from dignitaries and our own, current President, Vice President and Club Captain.

Champagne with local strawberries followed and were refreshing Spectators sitting behind picket fence seating areas whilst watching a demonstration of Tennis excellence performed by two top Junior Auckland Reps, supervised by top Auckland Junior Coach, Simon Rae.  This was a highlight of the day and followed by these two talented Players challenging our resident Coach, Matt Jones and another Player.

There was a period of mix and mingle with pre-Anniversary-Dinner drinks before the Day events wound up and the Evening event of refreshments, dinner and dancing at the Clevedon Corner Bar and Kitchen Restaurant in Clevedon, filled to capacity, was an amazing and very late affair.
The Committee and Club Members were overjoyed with the successes of this special event, the wonderful speeches by dignitaries and Committee, Captain and support from Past and Present Club Members and thanked everyone celebrating our little country Clevedon Tennis Club. 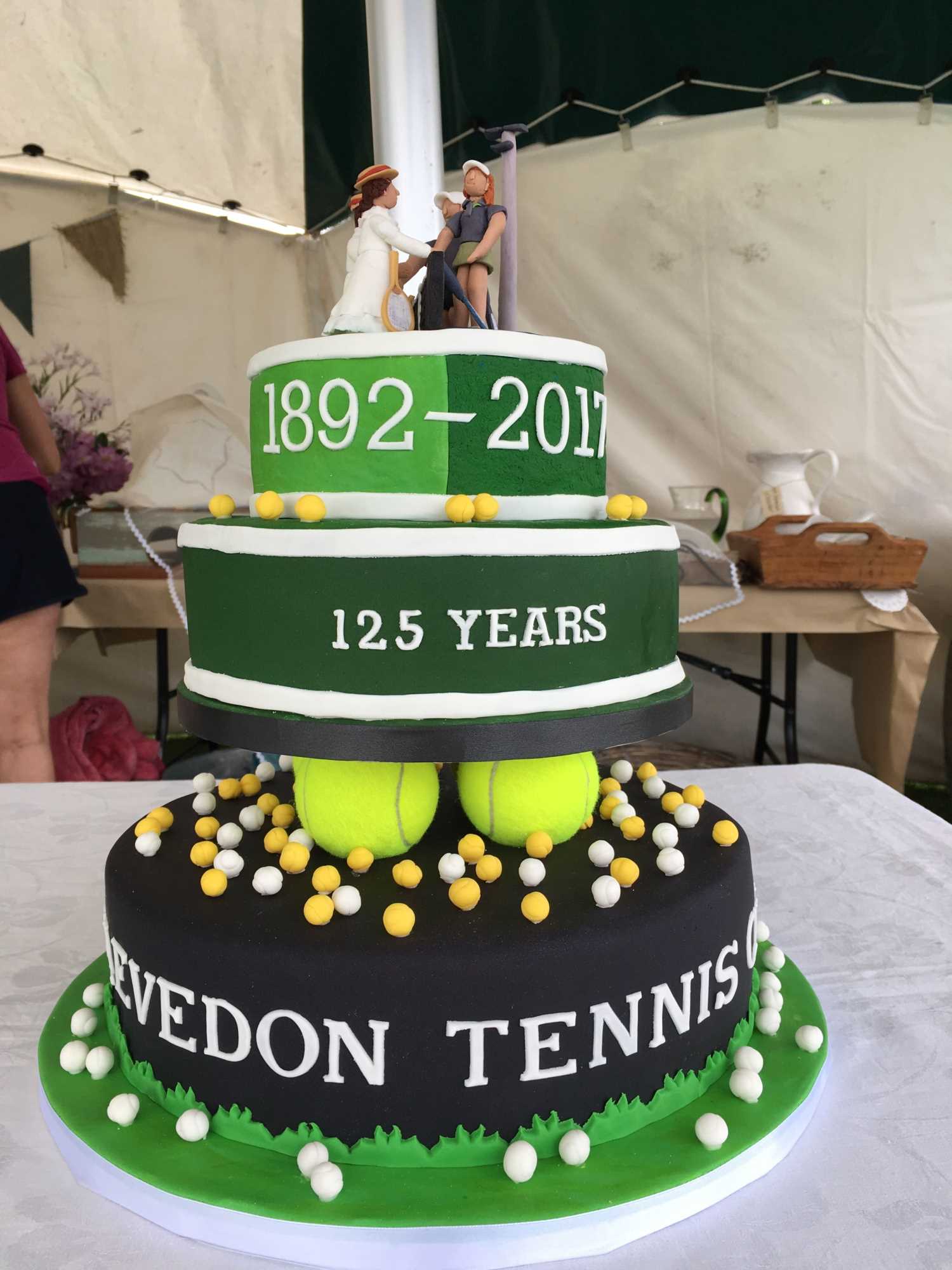